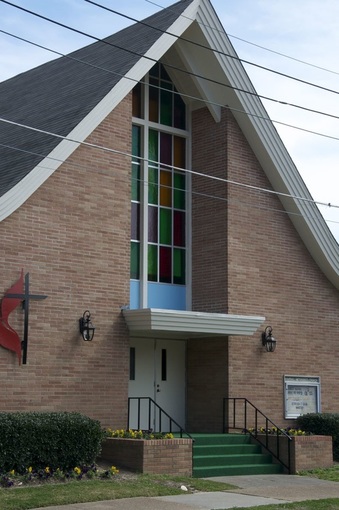 When the Mississippi Mission Conference convened at Wesley Chapel in New Orleans from December 19-25, 1865, it was composed, for the most part, of Negroes, who sought affiliation with the “Old Church.” Mississippi, Louisiana, and Texas combined the Mission Conference. The Jackson Mission grew out of the Conference in 1866. Miles Proctor shepherded the fledgling mission until later in the year when Moses Adams and Thomas Anderson were appointed the pastors. At the time of its beginning, the Jackson Mission is said to have been located in the area of Millsaps College.
​
Over the next ten years, the mission grew. In 1876, it established a church at the corner of Grayson, now Lamar and Fortification Streets.

Several years later, in January 1890, the Annual Conference adopted a resolution that granted the Board of Church Extensions permission to use eighteen hundred dollars realized from the sale of land to buy another lot and to build a new church. Augustus M. Trotter, pastor of the church, presented the resolution.

On June 25, 1890, December Sharp sold the land on which the church now stands to the Board of Trustees, headed by William Young. On May 16, 1891, a second deed was acquired for land brought from M. F. Chiles for seventy-five dollars. In 1892, the first building to house Central Methodist Episcopal was completed. The structure was razed in March 1965, and a new edifice was consecrated in June 1966.

Through the years, Central has been at the forefront of religious, social and civic affairs. In the 1920's, the church’s sports programs were widely known. During the Depression the church’s food and clothing programs served many and continue to do so today. Central gave birth to Bethlehem Center, formally known as the William Johnson Center in March, 1937. In 1989, Central proclaimed that it was “Celebrating a Century of Methodism in Jackson.” In 1997, Central acquired the Marion-Jones Branch of the YWCA to use as its Family Life Center. Today it houses Central’s Scouting Ministry, Food and Clothing Distribution and Summer Enrichment Programs.

To God be the glory for Central United Methodist Church.